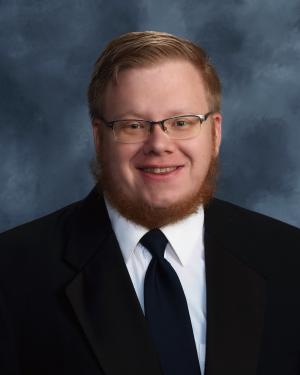 Who: Brian A. Morris

Educational Background Story: Originally I am a Hobart Bearcat. Born and raised in Hobart, Oklahoma where I graduated with honors and in the top 3 of my class in 2007. After graduating I jumped into working full time while attempting college at the University of Oklahoma. My mom and dad got very sick and as a result, I moved back to Hobart and attended Western Oklahoma State College in Altus, Oklahoma where I graduated with my Associate's Degree in Social Sciences. I then transferred to Southwestern Oklahoma State University in Weatherford, Oklahoma. I graduated from SWOSU in 2012 and began my first year of teaching at Sayre Public Schools in 2013-2014 (1st year) as an 8th grade US History and HS Computer Applications 1 teacher. After my first year of teaching, I decided I wanted to do more with Instructional/Educational Technology and as a result began working towards a Master's Degree in Instructional Technology and Design. I enrolled at Texas Tech University for my Master's Degree in the Spring of 2015, and I graduated from there May 2016.

Professional Background Story:  While in high school, I decided to open my own computer business in Hobart, Oklahoma and ran it for almost 2 years while going to WOSC. While also attending WOSC, I worked part-time for Wal-Mart as a Customer Service Manager, I did that for 3 years before I realized I was destined for bigger and better things and I was. After Wal-Mart I worked for AT&T as a SSR (Senior Sales Rep I) and Cell Phone Repair for approximately 6 months before being hired by Sayre Public Schools where I was employed for 6 years (2013-2019)  I am currently the Director of Technology, Esports & Robotics for Canute Public Schools (2019-Present)

Other Interesting Info: In the summer of 2015 I moved to Elk City, Oklahoma. I have one dog. (Ace). I am an Avid Gamer. Esports Coach.